When it comes to Father’s Day, it’s easy to resort to buying those same old gifts year after year. “But I don’t know what to give him!” you say. (This is said in a whiny voice, by the way.)

So you wait and hem and haw and soon, it’s the big day…and you have the following Father’s Day Gifts in hand:

Consider this, Dad’s like to laugh, right?  Well, why send a regular paper card with a still image of some old car, when you can send a hilarious Father’s Day eCard with a singing and dancing steak backed by a band of ZZ Top hot dogs? 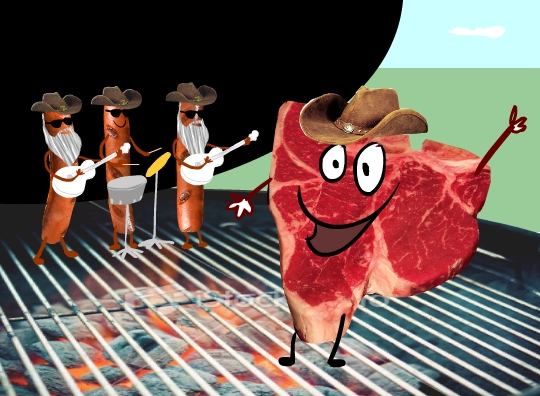 We’ll be soon be premiering our newest eCards for Father’s Day which are bound to top off your perfect gift and bring a smile to Dad’s face (something that socks simply won’t do…unless your Dad is really into socks. Which would be a little weird. Right?)

What are you getting your Dad for Father’s Day?  We’d love to hear about a few great ideas!

Here’s why we are so excited about Father’s Day eCards.

It’s that time of year again, where we pause and give thanks to that special man of the house. However you decide to thank him for his tireless fatherly duties, start with an entertaining, sure-to-bring-a-smile-to-his-face Father’s Day e-cards. Our free Father’s Day e-cards start the day off right.

Did you know how Father’s Day came to be? It’s a sweet story: 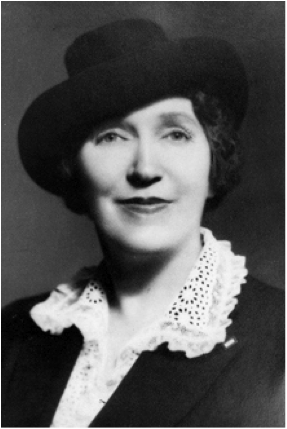 In 1909, Sonora Dodd first came up with the idea of Father’s Day while listening to a Mother’s Day sermon.

Sonora’s father, William Smart, was a Civil War veteran. His wife died while giving birth to their sixth child. He tirelessly raised his clan singlehandedly on a farm in Washington.

When Sonora grew up, she reflected on the courage, love and selflessness it took her father to raise her family. She decided a day should be made to honor wonderful fathers such as hers.

She held the first Father’s Day celebration in Spokane on June 19, 1910 (her father’s birthday).

What are you doing for your father this Father’s Day?

April is always a weird month weather wise, isn’t it? Spring arrives and the flowers start to pop up, but then there’s a snow storm somewhere as though Winter is making a last ditch attempt to take over again. Even here at the Doozy offices in Los Angeles (please accept our profound apologies, those of you living in the snow belt), we are getting clouds and rain unheard of for this time of year… not that we aren’t grateful. In fact, you hear dozens of Angelinos exclaiming, “It’s just like back home in Nebraska/Pittsburgh/Memphis/Florida/Maine!”

Wasn’t it genius that Mother’s Day was set up for the second week in May? By then Spring and warm weather have established themselves firmly and the flowers are filling the air with color and scent, and the trees! Oh thank you to the trees whose green turns the world into bright happiness and optimism. It’s as though Mother Earth were caressing us with nature with the same smiling gentle love that our moms gave us when we were their adored toddlers. A perfect seasonal reflection of mother’s love.

We are working on a new Mothers Day card for you to send with one of our favorite animators  busy creating it. Here’s a hint: butterflies!

Meanwhile, here is one of our most popular cards for Mothers Day to whet your appetite for May’s beauty: 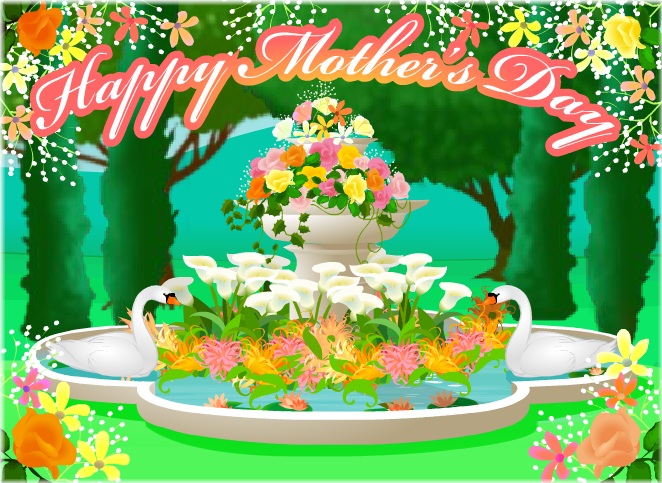 You can peruse all of our Mothers Day ecards by clicking here.  Happy Spring!

When you go to bed this Saturday night, remember to “Spring forward” for daylight saving time. It’s time to change the clocks! Are you ready for longer daylight hours? I love reading my Facebook newsfeed and my Twitter-feed around this time of year. Here’s why: friends in L.A. today were tweeting that the climate seemed confused – a little warm and chilly at different parts of the day. Friends on the East Coast were posting status updates about a sunny day in New York. March is the in-between month; people don’t seem to know what to do with the weather.

I am definitely ready for hot weather, sunshine, and swimming pools!

During my childhood, I always knew Spring had sprung when the white dogwood trees bloomed. What flower signaled Spring for you? 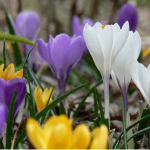 Maybe the Crocus? Or daffodil? Bennett, our Creative director is calling out to me as I write this, “Forsythia!” Regardless what blooms first in your region, you can send our daylight savings cards to tell everyone to get ready! Remind them with a “Spring forward” daylight savings ecard. We are introducing an extremely cute one this year, clock changing time. Have a peek and tell us what you think. See you in the sun! 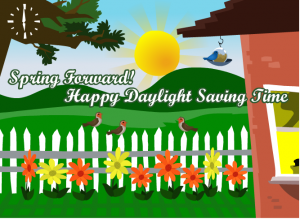 I love seeing the signs celebrating Purim outside local synagogues in my town. I looked into it, and I think there is about 128 synagogues in and around Los Angeles. I know that my friends that celebrate Purim especially love this holiday for their kids. Good food, celebrations, giving to charity, and fun costumes. I always send them Purim ecards to wish them well.

Some of my friends try to make  Hamantaschen pastries for this holiday, but I understand why some of them end up buying them instead… 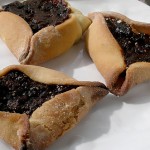 In this New York Times article, it says they take two to three day to make! These days, I feel like I’m lucky if I find 20 minutes to bake a Dr. Oetker organic cake mix. I give kudos to anyone who devotes two to three days baking these Hamantaschen pastries. They do look delicious, though, filled with prunes or poppy seeds. The pastries are made to look like “Haman’s Hats,” and they represent the victorious escape of the Jewish people from being executed during their time in the Persian Empire, all due to the courage of Queen Ester. I am excited to support my friends celebrating this holiday, so I am going to send them Dancing Hamantaschen ecards and other Purim ecards. 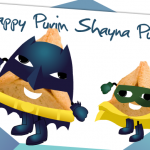 March 8 at sundown, it begins and last for two days. I want to wish everyone a Happy Purim. The Jerusalem Post says that there will be carnivals in the streets of Jerusalem with colorful costumes, acrobats, and puppets. Hopefully you are having a celebration on your own neighborhood block. Just remember to clean up the confetti afterwards and send plenty of Purim ecards!