Because everyone needs a meme.

You can have fun with all our funny ecards on our funny birthday ecards page. 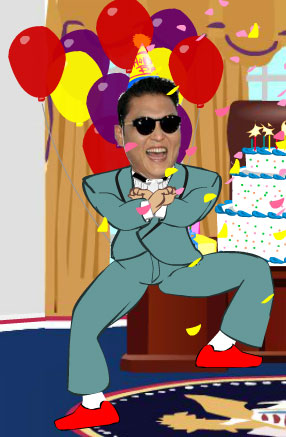 What celebration is complete without the festive balloons, bouncing around, meandering in the air then popping loudly, scaring the bejezus out of everyone?

Balloons just radiate festivity. As a matter of fact, if you had no other decoration at a party, balloons could carry the entire decorative weight.

But did you know the following:

If you’re celebrating a loved one’s birthday today, start blowing up those animal bladders. (A great sweetheart surprise? Cover the bed with balloons before he or she wakes up.) Another simple way to say I love you? Send one of our many free birthday e-cards. (They don’t pop if you step on one.) 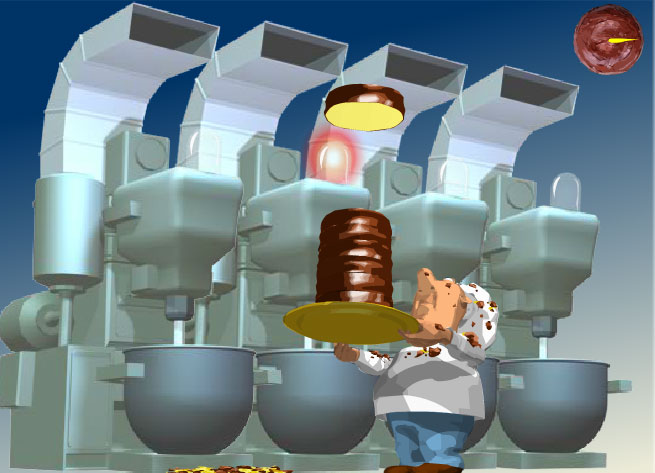 Birthdays mean cake. Cakes are the number one image of a birthday celebration. We here at Doozy talk cakes every single day we make birthday cards. They are our bread and butter, so to speak. Which brings me to Marie Antoinette.

I’ve been reading a book on Royal Scandals* and just finished the chapter on poor Marie. Many of you know by now that Marie Antoinette never actually uttered the phrase “Let them eat cake” when she heard peasants complaining about not having enough food to eat. It has also been attributed to Marie-Therese, wife of Louis XIV from one hundred years earlier. It first appears in France in Rousseau’s (rather unreliable) auto-biography where he attributes it to “…a great princess who once said…”

So let’s give Marie Antoinette her due. What does the late Queen have to say for herself?

“I was a queen, and you took away my crown; a wife, and you killed my husband; a mother, and you deprived me of my children. My blood alone remains: take it, but do not make me suffer long.

“Courage! I have shown it for years; think you I shall lose it at the moment when my sufferings are to end?”

[Spoken in response to a priest who accompanied her to the guillotine after he whispered, “This is the moment, Madame, to arm yourself with courage.”]

Her final words on Earth were:

Translated they mean, “Pardon me sir. I did not mean to do it”. She said this to her executioner upon whose foot she stepped before she was executed by guillotine.

Okay enough of this “heads will roll” talk. If your loved one’s birthday is just around the corner, remember what allows us to earn our daily bread – birthday ecards! Take a look at our vast collection of free birthday ecards. And heck, arrange a party. Blow up balloons, grab some champagne. And most definitely, let them eat cake. 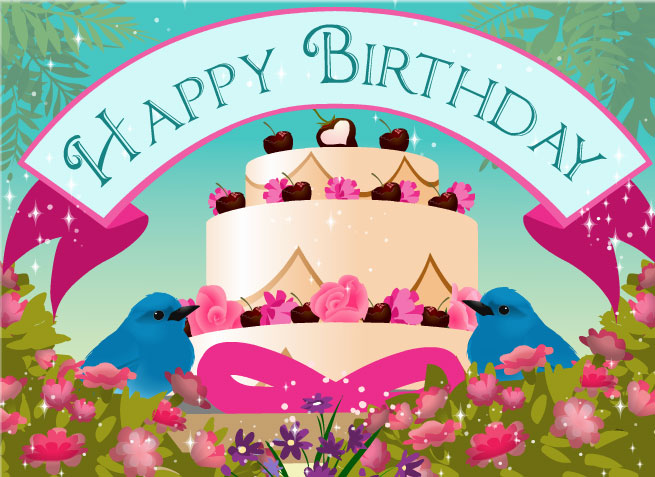 I just attended a birthday party a few days ago–and the cake was awful. It was laden with an icing so sugary that it crunched when I took a bite. And the cake itself was so white and flavorless that it made Twinkies look like a culinary delight. “Why make a cake that sweet?” I cried, plastic fork raised dramatically to the baking gods above.

Back in the day (god, I never thought I’d be the person uttering that phrase), we used to indulge in real cake that was yellow, dense and rich, almost like pound cake but not that heavy. And the icing was divine: creamy like butter, often with a touch of orange or lemon rind…and definitely not “overkill” sweet.

Cake is happy food. If you’re concerned about winning friends and influencing people, bring a cake to a party. People will treat you differently pretty much from that point forward…that’s how powerful a good cake can be. So arm yourself with a good recipe. It could change your life.

Look around for one online. I found an old-fashioned cake recipe I found that would make your mother proud. (URL below)

If a loved one has a birthday coming up, start his or her day right by sending one of our free birthday ecards. It’s a quick and easy way to say, “I love you as much as cake.”

That’s what my mom asked me, after we watched the movie many years ago. She didn’t think Joan Crawford (played to perfection by Faye Dunaway) seemed all that bad.

According to my mom:

“I don’t think her daughter had it that bad. Her mom provided her with an incredible life and loved her in own way. She was under an enormous amount of pressure and did the best she could. Listen, all mothers can seem like Mommy Dearest in the eyes of a child.”

Oh, my mom, sticking up for mean mothers everywhere. But maybe she has a point, albeit indirectly. Moms wield a tremendous amount of power in our life, especially early on. In our eyes, they can be seen as monsters, holding us back, punishing us for no reason and hindering our desires to explore the world.

Dads are often seen as the knight in shining armor, saving us from this horrible woman. He says kind things, while Mommy Dearest says mean things. He gives us gifts while Mommy Dearest takes them away. Of course, as adults, we know that often mothers have the not-so-fun role of running a household and keeping everyone in line.

Who knows how Joan Crawford really was as a mother? (Other than she and her children.) And who are we to judge really? Don’t get me wrong: she seemed a bit…bent. But let us not forget that the perception issue of a child can be a bit skewed as well, including our own.

If your mom has a birthday coming up, check out our wonderful selection of birthday ecards for moms.

And remember: no wire hangers…ever.