Whether it’s for him, her, or the kids, we love how a small gesture can be a great way to make everyone smile a little bit more around the house. Our adorable eCards can sing, dance, and some of them can even speak in your own words. Hopefully, you share a few of these sweet, thoughtful, and fun messages to make home life that much brighter.

That makes it all worthwhile – and it’s easy as pie.

We all know how much dad loves his donuts – but how about one that recites poetry? This hilarious card is sure to make him laugh along with the kids. Dad’s always there for you, and it’s always worth it to make him smile. Remember – it’s never too late (or too early) to celebrate father’s day! 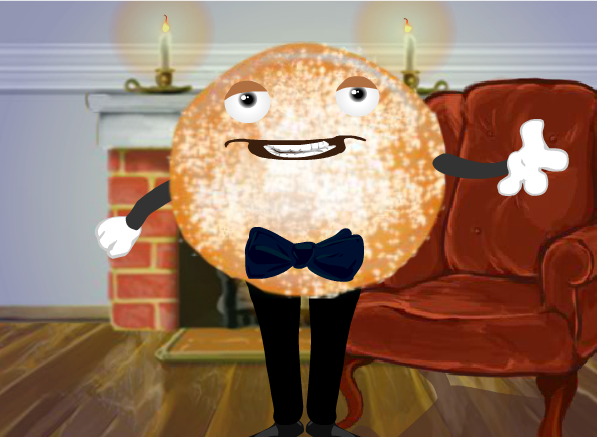 The Most Amazing Father

This sly little frog knows just how great dad is – and he’s funny too! Share this laugh-out-loud eCard with dad to bring everyone together around something that’s totally uncontroversial: dad’s awesome. And maybe he should get a tuxedo… 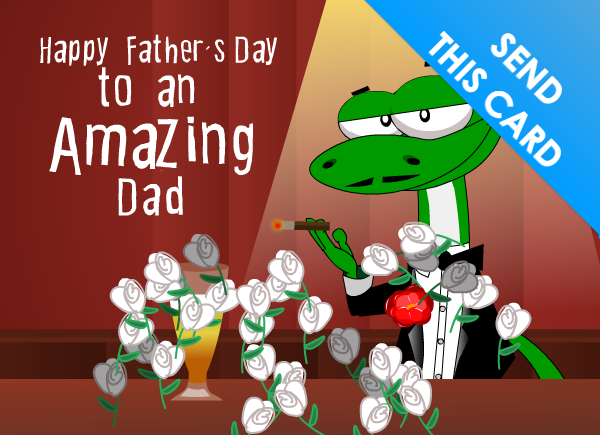 Let’s face it: dad rocks. He sure listens to enough of it, and he’s sure to remember this old ditty fondly. Get everybody to tap their foot along to this rock ’n roll ode to fatherhood. Family dance party – with hot dogs! 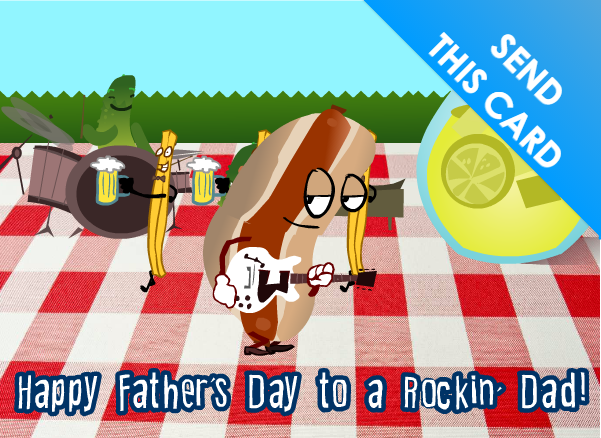 Make the kids giggle – or get mommy to – with this hilarious animation that’s completely interactive. Just type your own message and send it along to whoever you think could use a smile. Bet you didn’t know a monkey could talk – or that he could say exactly what you tell him to! 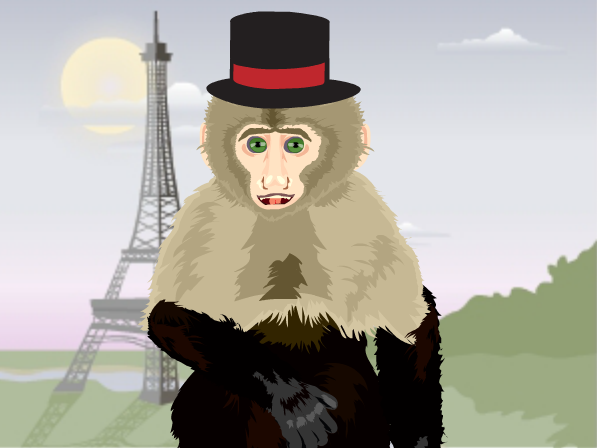 We believe that family life is for cherishing and for enjoying, and with a little help from a talking monkey or two, you’ll find everyone remembering it. It’s important to celebrate what life is all about: a fun little joke shared between people who love each other.

Barbecues, good feelings, and the day off work – it’s easy to see why we all love the 4th of July so much! Of course there’s more to it than just fun: this is a day of celebration for the things that bring us together as Americans. It’s a chance to honor what makes our country great, and have a great time doing it.

For the people who won’t make it to the barbecue this year – or who you’d just like to get to before the party starts – we’ve got some patriotic and fun 4th of July eCards that are sure to add some fireworks to America’s special day. Send them with your own special message, and let your family and friends know how happy you are to call the U.S.A. your home. 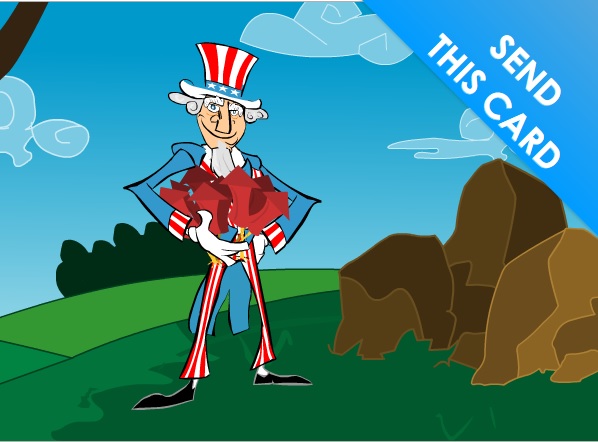 END_OF_DOCUMENT_TOKEN_TO_BE_REPLACED

I love those butterflies I get in my stomach from a good relationship. That’s one reason I love working here at Doozy: I get to show the fire and passion with our own ecards!

These eCards are more than just romantic. They portray affection and burning desire with a little touch of naughty to show just how passionate the love in your relationship really is. Going the extra step to never let them forget you’re thinking about them is a sure way to keep the fire alive. 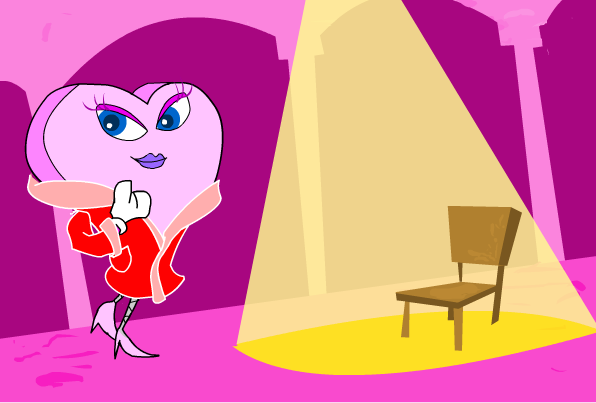 END_OF_DOCUMENT_TOKEN_TO_BE_REPLACED

Are you Jewish and you have friends who have no idea what Passover is about? Are you gentile and you have always been curious about exactly what Passover is and wanted to learn more about the holiday? Well, you’re in luck! We at Doozy Cards, want you to be able to impress your friends and family with all of your amazing Passover knowledge. Read on: 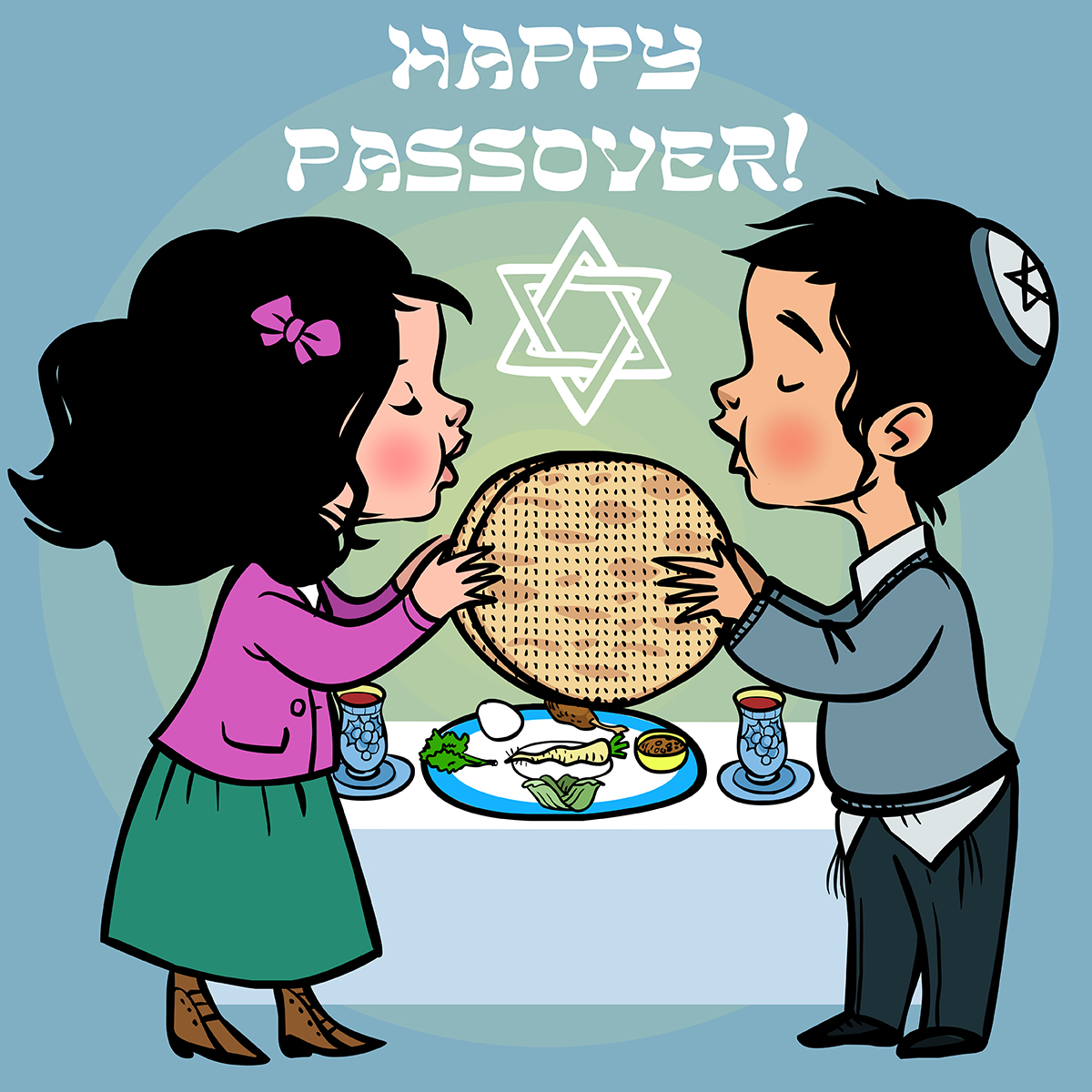 Passover, also known commonly known as Pesach in Hebrew, is one of the most-celebrated Jewish holidays – even by non-observant Jews – and can mean different things to different people. It can represent a celebration of springtime, a chance to gather and eat with family and loved ones, an acknowledgment of birth and rebirth, and, most significantly, can commemorate a journey out of slavery to freedom for the Jewish people.

Passover takes place on the 15th day of the month of Nissan in the Jewish calendar, usually around April, and lasts for seven days. This year it starts on Friday, April 3rd. The holiday commemorates the liberation of the Jewish people from 210 years of slavery in Egypt 3,300 years ago. This is also known as The Exodus and is described in the Torah, the most sacred Hebrew religious text. The English name for the holiday, “Passover”, comes from the final of 10 plagues told of in the story of Passover, in which the homes of the Jews in Egypt were “passed over” by God’s avenging angel and their first born sons were spared.

Food at the Passover Seder and Other Customs

One part of Passover that with which most people are familiar is on the first two nights of the holiday, when a special meal, called a Seder, is prepared and various customs and ceremonies are performed.  Many people look forward to eating the food that is prepared for the Seder, as well as the story that is told and songs that are sung. During the meal, a Seder plate is placed at the center of the table with different foods on it to represent the story of Passover, including bitter herbs for the bitterness of slavery, salt water for tears shed during slavery and a lamb shank bone to symbolize the sacrificial lamb offered to God.

You’ve also probably heard of matzoh, the unleavened bread eaten during Passover, which represents the unleavened bread the Jewish people ate in the desert after fleeing Egypt because they did not have time to let their bread rise as they left in a great hurry. A favorite food eaten in the Seder is Matzoh ball soup. Maybe you’ve even heard some hilarious matzoh ball jokes or even seen some singing matzoh balls! Another favorite is gefilte fish. During the course of the meal four small glasses of wine (grape juice for the little ones!) are drunk to represent the four expressions of freedom in the Torah.

Fun for the Kids

Passover is, importantly, for children in the family, to educate them about Judaism, the meaning of its history and customs. A favorite Passover tradition, especially for kids, is the hiding of the afikomen, a small piece of matzoh that is broken off and hidden somewhere around the house. Children are then asked to search for the afikomen and whoever finds it receives candy or a prize!

Just as part of the Passover tradition involves opening a door to the house to welcome the prophet Elijah, it is also traditional to invite guests to a Seder, Jewish and gentile. Are you planning to celebrate Passover this year or attend a Passover Seder with a friend? Tell us about some of your favorite Passover traditions in the comments section, and remember to send a hilarious Passover eCard.

Christmas is a joyous time to celebrate and laugh with all of our loved ones and what better way to have them saying “Ho! Ho! Ho!” than by sending them some hilarious eCards. From silly and goofy greetings for everyone who has been nice, to flirty and saucy eCards for those who have been naughty; at Doozy Cards we’ve got plenty of treats for everyone’s stocking.

Delight your family and friends by giving the gift of laughter this holiday season with some of our favorite and funniest Christmas eCards.

Gather around with heartwarming eCard and spread some positive vibes this Christmas season.

One of our newest Christmas eCards, this sexy and silly greeting is perfect for that special someone who might have been a bit naughty this year. Help get them in the giving spirit this holiday with this delightful surprise.

We’ve all heard the story of how Rudolph guided Santa’s sleigh that one snowy night. But did you ever stop and wonder how reindeer learned to fly in the first place? You might be surprised to discover Santa’s little secret to help “fuel” their flight.

This Christmas, treat your loved ones to plenty of holiday laughter with our huge collection of funny Christmas eCards. Whether they’re across the country this year or joining for Christmas dinner, they’re sure to love receiving a special message from you.